Márcia Tiburi talks about WHO CARES?

Márcia Tiburi talks about WHO CARES? 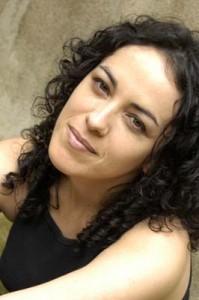 I watched the documentary “Who cares?” by Mara Mourão (2012). Everyone that somehow “care” must watch it urgently. One of these works we can praise not only by the formal quality, but also for the content. I also recommend that those who feel somehow lost in the world (has anyone ever felt like this before?) and living lives that even themselves deem meaningless, just run to see it ASAP: http://youtu.be/5LtS1qyya44

Worth a night of the week, and it might be worth a life.

Everyone who watch “Who cares?” will inevitably go through the experience of social understanding that the film promotes. “Who cares?” has the awesome power to make a difference, to affect the opinion of everyone who see it. It achieves this through an ethical questioning about the meaning of living in community, caring about the world’s problems, even when it isn’t directly involved in some kind of suffering. The film makes you feel and think at the same time. It produces an action, a feeling that something better is possible. And that this thing is up to us: creativity, freedom, will, to set in motion our ability to collaborate that ideologies always choke. Finally, “Who cares?” is about the ability to look and put yourself in another’s shoes. This ability is being forgotten in our time and, when it appears, it changes something in us.

The power of the film comes from its content: people around the world who have learned to call themselves by the term “social entrepreneurs” share their ideas. People who invented very simple things socially and, perhaps for that reason, highly revolutionary, democratically revolutionary. People very practical and, at the same time, very idealistic – in a good way – people who have not given themselves to left, nor right, nor poverty, nor the bourgeoisie, or capitalism, or the state. People who wanted to build something concrete to help improve their and others’ lives, simply by believing that life – socially and collectively speaking – could be better. People who do not stigmatize. People who welcome, look, perceive. People who think differently.

People such as Muhammad Yunus, from the Grameen Bank in Bangladesh, who won the Nobel Peace Prize by creating the first line of microcredit in the world, the doctor Vera Cordeiro, who created the Associação Saúde-Criança (Child Health Association) in 1991, Wellington Nogueira, founder of Doutores da Alegria (Doctors of Joy), and several others who share their ideas in this movie.

Mara Mourão’s documentary is also a great idea: the idea of gathering together so many people with so many good ideas helping us to know that these stories and their emancipatory powers exist. Helping us to produce this smart, practical and deeply supportive “contagion”.

It was beautiful, it was aesthetically nice, ethically intense, politically indispensable.

Mara Mourão, thanks for helping us to see further.